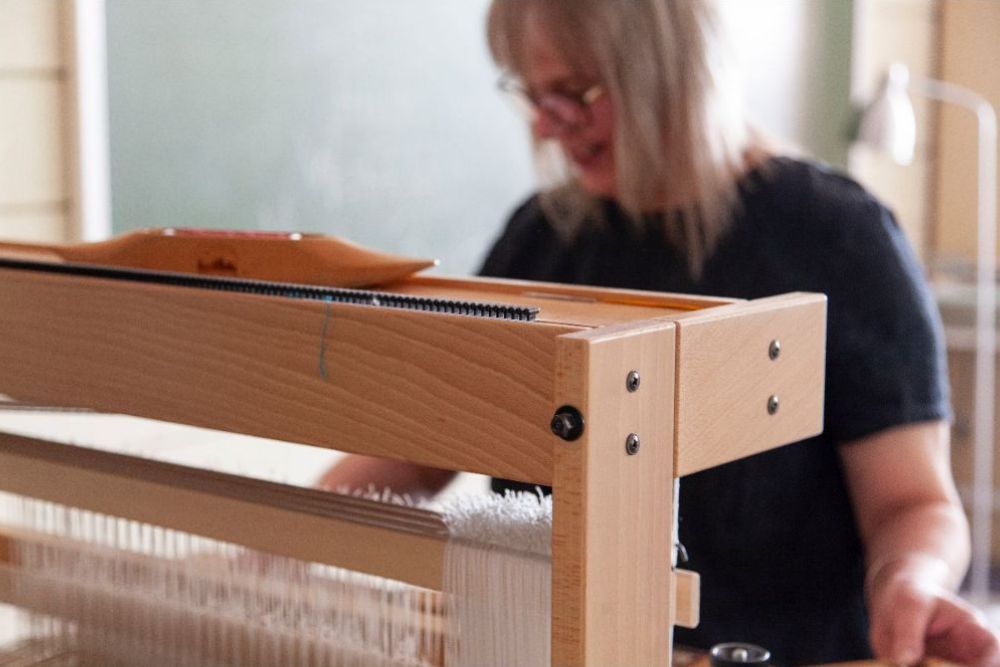 Jane has been sitting behind a loom for 43 years. She has taught from coast to coast, north to south, in India and Ethiopia spreading the joy of weaving wherever she goes. Her well thought out curriculum builds on "bricks" of technique creating a skill base which is followed by thousands of students around the world.

Handwoven Magazine named her Teacher of the Year in 2014 and Louet designed their Jane Loom with her input and then named it after her.

In 2016 Jane created her workshops as a streamable weaving online resource viewed by thousands of weavers around the world. The School of Weaving is a resource that allows anyone, anywhere access to Jane’s workshops from the comfort of their own home.

Did this answer your question? Thanks for the feedback There was a problem submitting your feedback. Please try again later.